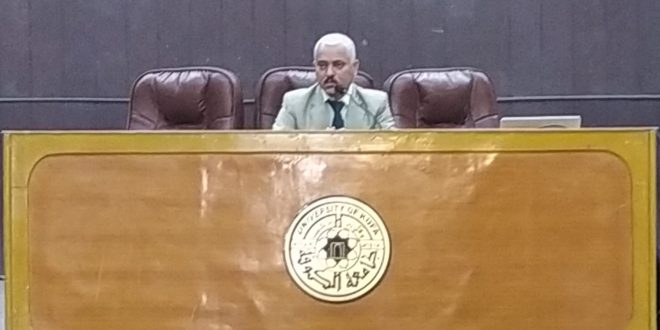 A scientific symposium on the common duties and responsibilities between the student and the supervisor in postgraduate studies
Under the patronage of the President of the University and the supervision of the Dean of the College and in the presence of a number of professors and graduate students from various faculties of the University of Kufa, the Department of Business Administration held practical seminars under the title (duties and responsibilities between students and their supervisors in the writing stage)

During the opening speech of the symposium, Prof. Dr. Youssef Al-Taei explained the necessity of clarifying the tasks and distributing them between the student and his supervisor, and adhering to the instructions of the supervisor, as they are the result of accumulated scientific experience and are subject to the controls and instructions in this regard.
Then Prof. Dr. Ahmed Al-Amara delivered his own lecture on the topic of the symposium, during which he dealt with the distribution of tasks, duties and responsibilities between the graduate student and his scientific supervisor in the writing stage and its reflection on the quality of scientific output 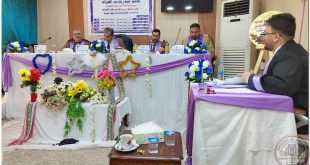